The Political Sisterhood By Jacqueline Adams, Co-author of “A Blessing: Women of Color Teaming Up to Lead, Empower and Thrive”
October, 22 2020

House Majority Whip James Clyburn’s gratitude was palpable when he addressed Women of Color for Biden recently.   Given his and their roles in jumpstarting Joe Biden’s previously losing presidential campaign before the South Carolina primary in February, Representative Clyburn praised the women who have been consistent allies of the Democratic party.

“Women of color have demonstrated their value to the political process over and over again and that value has been recognized in a major way with Joe Biden’s selection of Senator Kamala Harris to be his running mate.  We have a woman of color on the ticket and that’s never happened before.” The 80-year-old politician added ruefully, “This is a chance that most of us will never get again -- at least for me.” 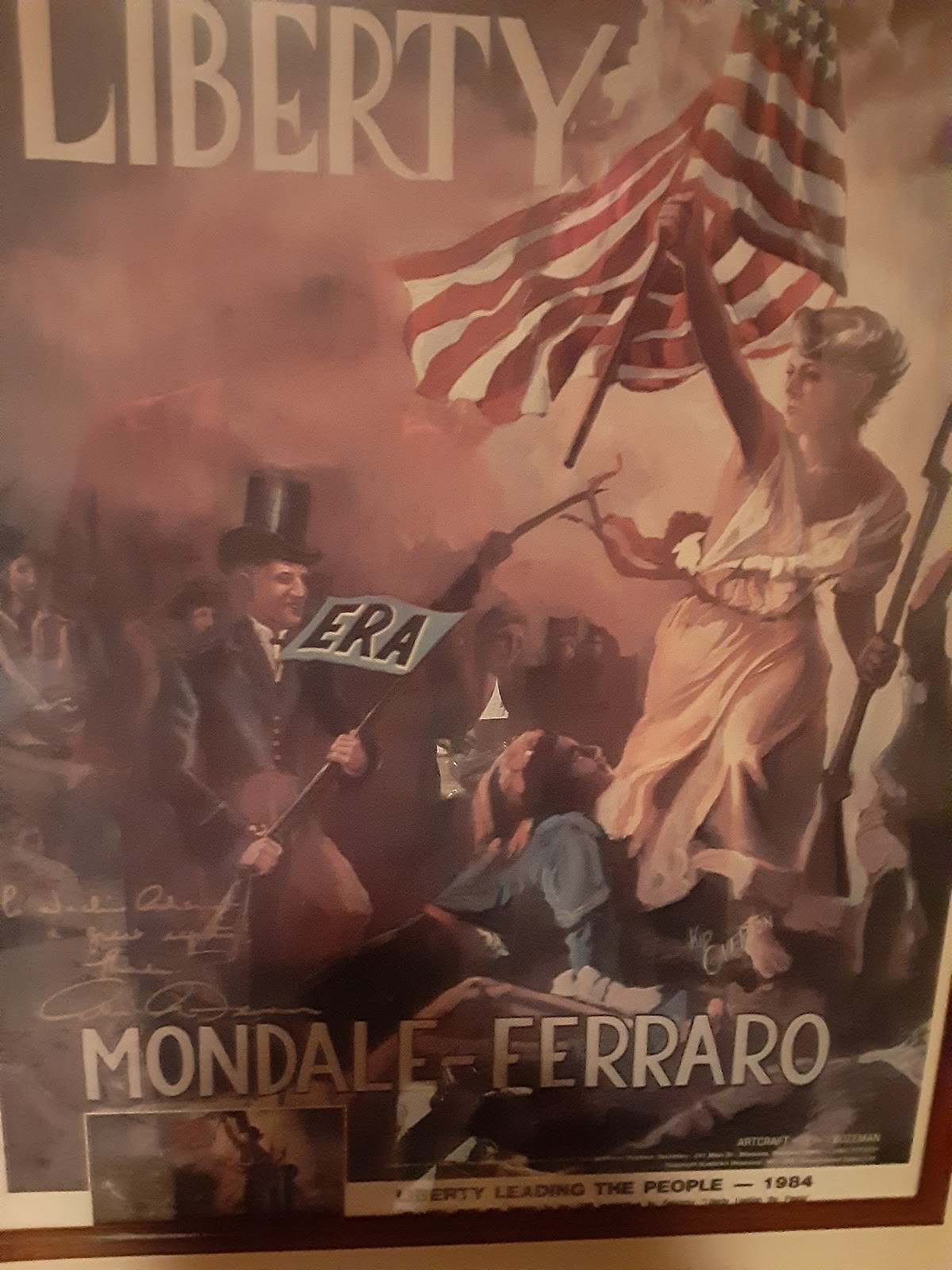 As a woman of color, a recovering journalist and a political observer, the historic nature of Senator Harris’ selection struck me too.  I was one of the few Black reporters, one of the relatively few female reporters on the campaign trail back in 1984 when another former Democratic Vice President, Walter Mondale, chose Representative Geraldine Ferraro to be his running mate, the very first woman nominated for that role.

Ferraro was lionized, as you can see in the adaptation of the famous Eugene Delacroix painting, Liberty Leading the Revolution, from 1830. 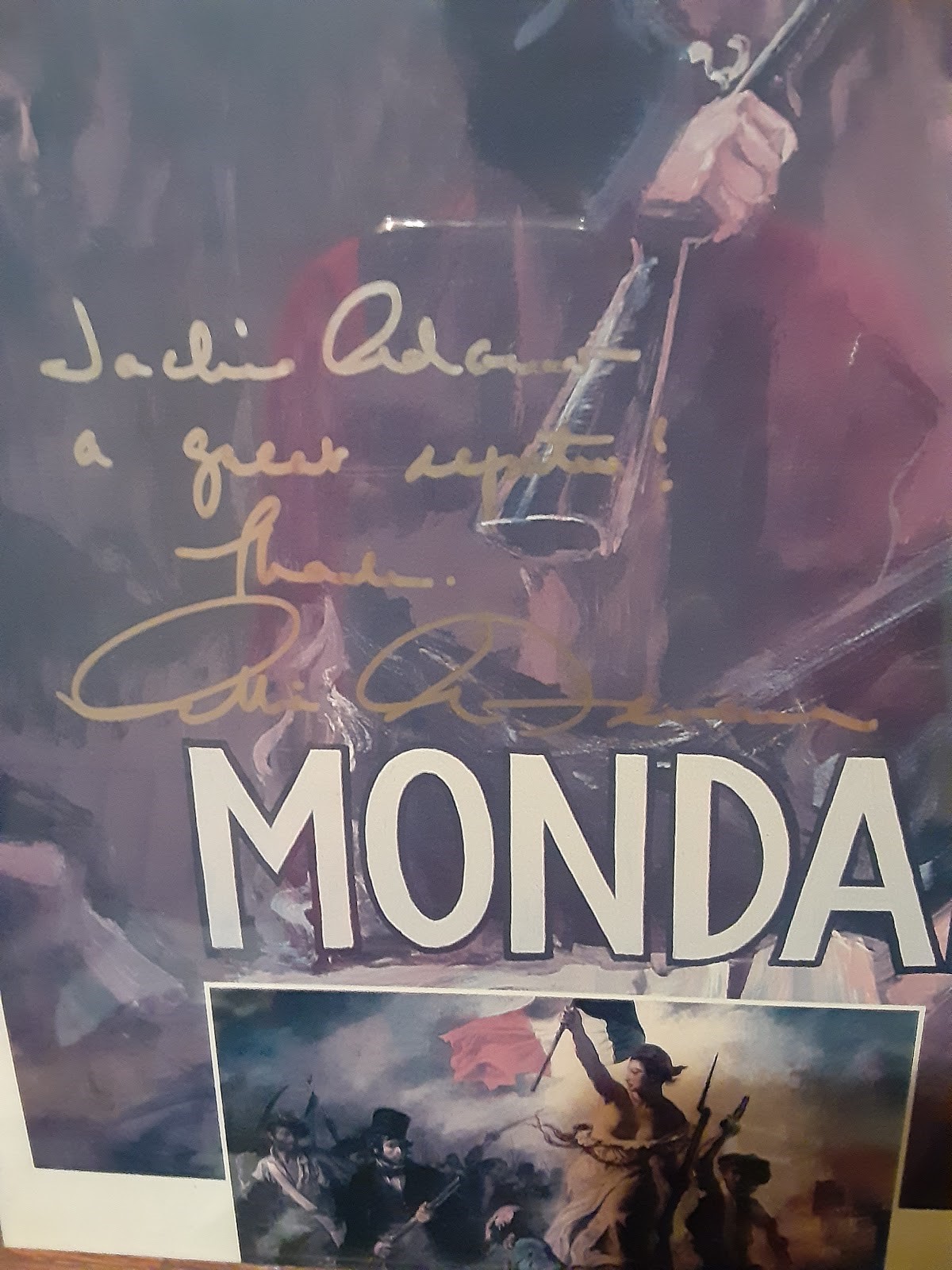 Mrs. Ferraro even autographed the poster to me.

But she was also villainized, primarily for not questioning her husband’s business practices and just signing tax documents that he had put in front of her. Yes, it was a sexist double standard.  No one questions MALE candidates because of their wives’ business dealings.  In the end, the Democrats lost badly to President Ronald Reagan in 1984.

I have been saddened that Mrs. Ferraro’s name has been almost forgotten over the last three decades.  She is a feminist icon, an historic figure.  But when I query Millennial and Gen Z women, almost no one recalls having heard her name.

The campaign isn’t over yet, but so far, I observe that Senator Harris has escaped some of the vicious coverage that bedeviled Representative Ferraro.  Perhaps the reason is that Harris ran a lap or two around the presidential track and was vetted during her own run for the Democratic presidential nomination.  She wasn’t metaphorically shot out of a cannon into the center ring of presidential politics the way Mrs. Ferraro and even Alaska Governor Sarah Palin both were.  There is a learning curve to running for president or vice president, I have seen.  Senator Harris, on her own, had climbed a long distance on that curve.

And then, Senator Harris has “the sisterhood.”  She has the support of her Howard University alums, indeed all of the alums of the historically Black colleges and universities, as well as her Black sorority “sisters” as support networks, an army of defenders, a psychological and political balm in times of trouble.  Senator Harris is in good company.  A simple Wikipedia search of political figures who are Howard alums turns up a list of almost 100 names, from former Supreme Court Justice Thurgood Marshall to George Henry White who served in Congress during Reconstruction from 1897 to 1901 to Edward Brooke, the first African American elected to the United States Senate in 1966. (I went to nursery school with Senator Brooke’s daughters, Remi and Edwina.)

That “sisterhood” is being activated and acknowledged in politics, as Congressman Clyburn said.  Since 2008, women of color have grown by 18 percent in the general population but by 25 percent among registered voters. In the 2018 midterm elections, 30 million more people voted than in 2014 and for women of color, the increased turnout was 37 percent.  In Harris County, Texas, outside of Houston, 19 Black female judges were elected in 2018.  They ran as their own “squad” under the banner of “Harris County Black Girl Magic.”  And this year, 130 Black women are running for Congress on major party tickets. Analysts at Rutgers University say it is a record number. (https://www.prnewswire.com/news-releases/election-2020-number-of-black-women-congressional-candidates-and-nominees-reaches-historic-high-301107367.html)

A group of unicorns -- rare and valuable beings -- is called a blessing.  And so we are.

Still, Congressman Clyburn warned, “Twelve years of reconstruction after the Civil War ushered in the Jim Crow era.  If we Democrats are not successful this year, that’s what we are in for again.  Kamala Harris is the cement to bring this thing together.”

For women of color, as Mr. Clyburn noted, “This is a new day!”